"Idol wo sagase!" is a regular column in Aera that is written by Mitz Mangrove, who became famous for his cross-dressing and flamboyance on variety shows but is actually a Keio graduate (in political science within the law department!) and a very intelligent man. You may also know of him as the Sho fanboy who loves his naked anan spread! In the latest article he decided to talk about Arashi, which I thought was very interesting so I decided to translate it especially given how he has worked with them before.

Went to the Arashi concert on Dec 8 and wrote down a few things about the MC and last speeches from memory. I originally meant to only post this to Twitter but it became much longer than I expected! However, this was all typed on my phone so please excuse any typos.

Ohno's new movie had its North American premiere in Toronto tonight, and director Nakamura Yoshihiro was in attendance. He was awarded a Special Director's Award prior to the movie and held a Q&A session afterward.

I'm not going to review the movie, but I thought I'd share a quick summary/translation of the questions he was asked and his answers to them. Please note that it is not word for word!

WARNING: Do not read if you don't want to be spoiled! Since this took place after the movie, there were questions related to some major plot points and regarding the ending as well.

Okay, this is a very old magazine article dating 15 years back (!), but I really love the entirety of it and couldn't resist translating in order to share it with more people.

There's something about old interviews that I love; though we get to see how much they've matured in recent interviews, I find that they're also more careful with their words because they've grown so much bigger and are now reaching a much broader audience than they did before. Maybe it's because of their age, or maybe it's because they were less popular back then, but I feel like they were able to get away with saying things in older interviews that they wouldn't say now (or at least, not so detailed and blunt). I learned new details about them from this interview that I hadn't heard of in my 12+ years as an Arashi fan, and the parts I did know about, I never heard them talk about them to that degree.

And I also wanted to applause the writer of this article, because considering this was back in 2002, when they were still very young and weren't even close to making it big, the writer took them seriously and actually sounded like they believed Arashi was destined to be something huge. Definitely recommending this as a must-read. 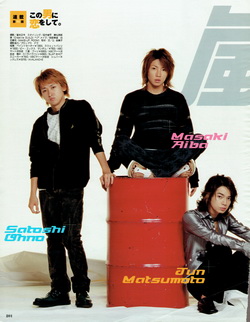 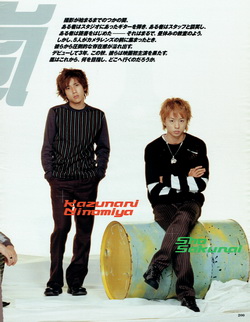 Been so long since I last posted any translations here. How are you guys doing?

I've been trying to keep up with the constant onslaught of magazines that Aiba is in lately, but this interview really stuck out to me and prompted me to translate after what seems like forever. I especially like the fact that it has barely anything to do with promoting his new drama so there's a lot of room for introspective talk instead of focusing on the drama and repeating the same few details.

There was a review of the Japonism DVD making the rounds on Twitter that I really enjoyed and decided to translate. The review came from a Japanese website with a predominant interest in rock music and I enjoyed the fact that it focused a lot more on the production side of things.

Enjoy, and feel free to share your own thoughts on the concert!

I really liked this latest issue of Nino's It column and decided to translate it. Sometimes Nino can be very frank about his thoughts, especially towards things you would normally expect him to be blase and vague about. In this one, he talked about the hypothetical situation of somebody leaving Arashi. KAT-TUN was also mentioned. 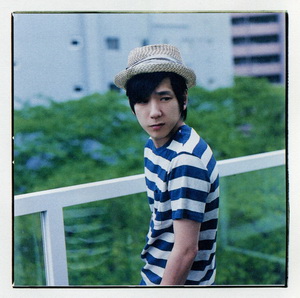 I still have the TV Life series on the individual Shiyagare segments left to do (and promise to finish), but I couldn't resist translating this one first because it's an interview with the producer for Aiba Manabu. I always love hearing what the staff they work with have to say about the members and this is no different, especially considering Aiba Manabu is my favourite solo program of the group. It's also really interesting to see how he says some very similar things to what the Shiyagare director for Aiba's segment had said previously.

Feel free to leave a comment with your own thoughts. Enjoy! 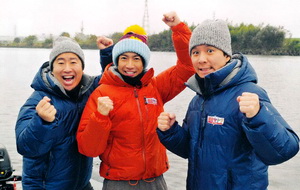 Here's the part on Nino with the director in charge of his Arashi ni Shiyagare segment! Reading these made me feel like they're very well matched with their respective directors. Read on for the praise that gets heaped upon Nino this time!

And thanks for all the comments on Aiba's part! I suck at replying but I appreciate you guys sharing your thoughts on the contents of the interview ♥ 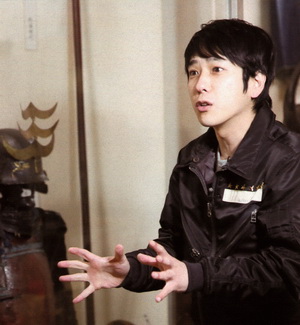 I have to head off to bed soon so I was only able to translate this one first-- Nino's director also talked about his segment but I'll try and get that done tomorrow.

In the meantime, read on for all the praise for Aiba from the director in charge of his segment on Arashi ni Shiyagare! 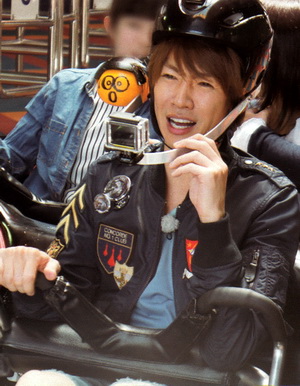